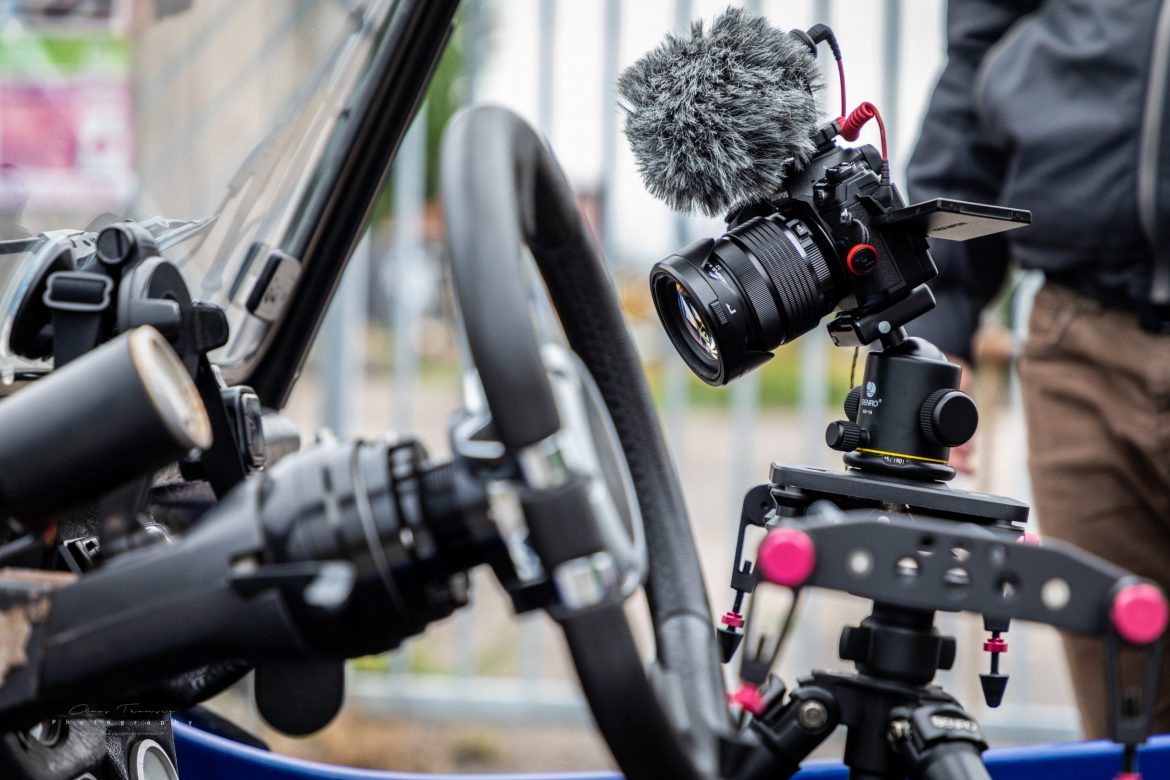 Then it became 2018 and the beginning of the year has already resulted in 2 finished video productions as well as in a lot of portrait and documentary photography that hopefully helped make a difference for those involved and those interested. Producing and photographing is demanding in many ways, and I am not talking alone about carrying equipment before, during and after the tasks, but also about the challenges that arise during the process, both for those involved, but also in relation to the surroundings and resources!

2017 offered a lot of new challenges both in terms of tasks and experiences, but also some unique options such as to photograph in Bali, documentary photography of events, make drone recordings and not least to be allowed to produce an internal recruitment film for the police response patrol (Read about the unit in danish “Beredskabet bliver skarpere på første-indsatsen” (The link opens in a new window).

I feel that I’m very lucky and is very thankful to be part of this adventure of my own and together with you all!

At the beginning of the year I went out and made drone recordings for a music video in collaboration with the band Holtsø, Trier & Wittrock. The recordings took place at Amager Beach Park and just the day we agreed to complete the recordings, the sun turned out – the first day of sunshine this year! This was optimal compared to the actual recordings, which allowed us to get some amazing recordings, but unfortunately it also resulted in a lot of people having decided to get as good an experience as us!

With a drone in the air, 3 musicians and a conductor as well as safety rules to be followed, this entails an extraordinary overview of possible situations that could result in a breach of security and thus endangering other people …

Fortunately, people at Amager are very nice and curious and instead of challenging the security as well as the recordings, they chose to look at the recordings and lift the whole experience to a new level that we could only have dreamed of – amazing atmosphere!

As a bonus to the music video, I chose to stay a little longer on the beach park afterwards. The area is amazing and with a fully charged battery in the drone, there should be some recordings of the area and not least the beautiful sunset. The result was a small tribute video to Amager Strandpark and the many guests out there – thanks for the experience!

Recordings with action and lots of challenges

In December, I got a unique opportunity, in collaboration with a very good friend, to produce an internal recruitment film for the Police Response Patrol. The film has just finished last week and the special thing about this production is that we have not been able to control the events, but have just been able to draw on our own experiences from the defense and the police. This actually means that we followed a full day training with 2 cameras and one drone. In addition, we have made some recordings before and after the actual exercise in the form of interviews and night recordings.

The result, we think, has become super good and the message in the film itself has hit the spot! The provisional feedback has luckily been amazing and hopefully it can help make a difference in those circles. Unfortunately, I can not display the movie or the pictures from there, but just say that the officers who sign up for this service make an extraordinary effort for all of us in the same way as the rest of the Police force – they are good!

30 photographs – A ordinary day at the police

Do you want to document a daily life at the police? The answer was simple to me!

A unique opportunity to document the police in a different way, portray the events through my camera and the results are realized through 30 major photo frames, to be hanged by Københavns Vestegns Politi and embellish the times for inspiration for employees and guests. The assignment will be solved in January and hopefully with some unique pictures of a daily life with the police.

Are you looking forward to seeing the results? I do and as soon as the project is finished, the result will be presented on the website!