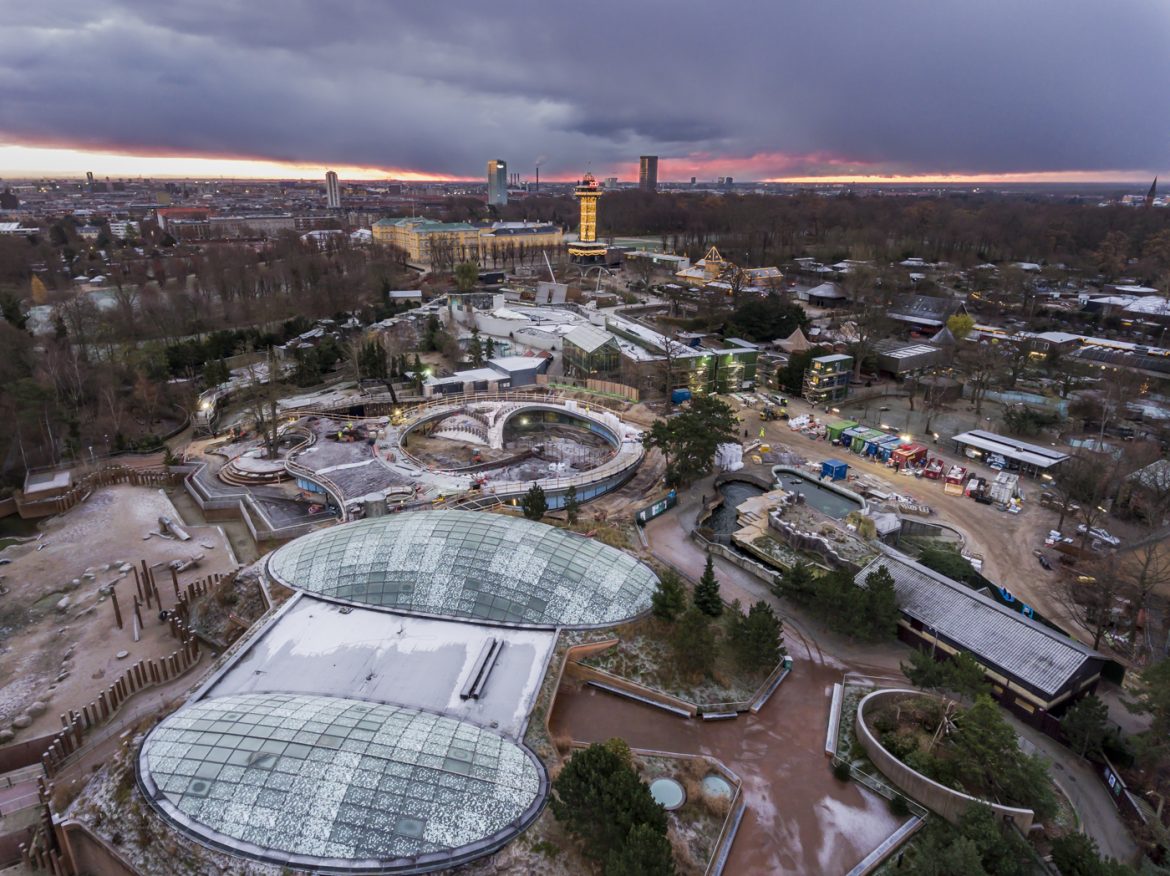 A trip to Copenhagen ZOO is always a good experience, but when the experience is expanded and must be experienced from the air – now this is a special challenge!

I have been fortunate to have the task of making drone recordings for a TV show about Copenhagen ZOO. An exciting place to fly and for many a rarity and fortunately, due flight rules inside towns in Denmark, the Danish Police in Copenhagen and the Royal Danish Defence College are some great collaborators when it comes to drone flying in this particular area.

Copenhagen ZOO had, by this task, chosen to give us access before guests opening hours, as it would not be possible to complete the footage while public guests walks beneath the drone – safety first!

This meant that the flight had to start from sunrise and finish before official opening hours ie. no later than noon 10.00 pm where the doors are opened for guests during the winter period.

Plan ahead or fail before flying

Carrying out a flight in Copenhagen ZOO requires planning both in relation to the individual recordings that we have been asked to make, and of course also in relation to flight safety.

Everything is planned carefully and on the way it becomes a flightplan and storyboard of the day itself.

An example – I knew that an overflow had to be done at 0819 pm from a specific point, as this would mean that the Copenhagen ZOO tower and the sun’s location would complement each other and thus give an incredibly nice image.

The safety and the rules must be observed when a drone flight is to be carried out. One thing is to put the drone in the air, but all preparation from home also requires a physical review. This is the life of a professional dronepilot.

There are plenty of obstacles and challenges to flying in an area like Copenhagen ZOO and at the same time take into account any hazards or (un) anticipated events – ultimately, the responsibility is 100% mine and personally I am of the opinion that I would like to keep track of all the details before I initiate.

Obstacles that cannot be seen at first sight

In Copenhagen ZOO, there are an incredible number of trees that cannot be seen at the available maps and at the same time many construction projects are underway, resulting in many new obstacles both in the form of machines, cables in the air and barriers in the form of fences and building materials.

These obstacles resulted in several of the planned flights not being able to be carried out as the drone simply could not come far enough down and at the same time have enough maneuvering space to get the desired recordings – the probability of collisions with trees and cables in the air was too large in this case.

It is about knowing its limitations and not least being ready to compromise on one’s wishes when it comes to safety.